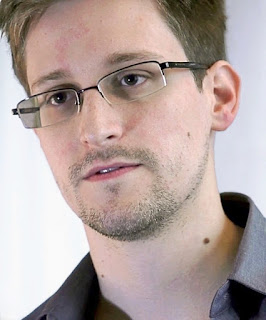 Thursday, the Department of Justice Inspector General (DoJ IG) issued a long overdue Congressionally-mandated report on FBI compliance with the PATRIOT Act’s Section 215 “business records” provision between 2012 and 2014. It is the first such report issued that covers the initial period of Edward Snowden’s revelations about widespread domestic mass surveillance by the federal government. Since his indictment for leaking the information to the press, Snowden’s lawyers have argued that he should not be prosecuted under the WW I-era Espionage Act because his revelations served the public interest. The DoJ IG report provides the clearest evidence yet that Snowden’s lawyers are correct (p. 6):

In June 2013, information about the NSA’s bulk telephony metadata program was publicly disclosed by Edward Snowden. These disclosures revealed, among other things, that the FISA Court had approved Section 215 orders authorizing the bulk collection of call detail records. The telephony metadata collected by the NSA included information from local and long-distance telephone calls, such as the originating and terminating telephone number and the date, time, and duration of each call. The disclosures prompted widespread public discussion about the bulk telephony metadata program and the proper scope of government surveillance, and ultimately led Congress to end bulk collection by the government in the USA Freedom Act.

Public discussion of the controversy. Very public action by Congress to change the law, addressing at least one major abuse brought to light by Snowden. And there was more (p. 33):

An [National Security Division] Deputy Unit Chief noted that the number of business records orders reached its peak in 2012 and has declined annually since then, and that the number of [Electronic Communication Transation] requests has declined more than other types of requests. The Deputy Unit Chief said that the Snowden revelations have played a role in this decline, both in terms of the stigma attached to use of Section 215 and increased resistance from providers. The Deputy Unit Chief stated, “I think that it’s possible that folks … have decided it’s not worth pursuing [business records orders], you know, obviously things haven’t been great with providers since Snowden either.”

Translation: Snowden’s actions forced companies like Verizon, Yahoo and others to grow a spine and start defending the Fourth Amendment rights of their customers.

Earlier this month, a group of non-governmental organizations and individuals launched a campaign to get President Obama to pardon Snowden before he leaves office. We now have the department seeking Snowden’s prosecution offering unambigous evidence that his whistleblowing actions served the public interest. Obama should direct DoJ to drop the case or he should pardon Snowden. Either approach would be in the public interest, just as Snowden’s actions were.

(Reprinted from Cato at Liberty, the blog of the Cato Institute, following the provisions of the Attribution-NonCommercial-ShareAlike 3.0 Unported Creative Commons license. Because the piece is being reprinted Saturday, we changed the first word of the piece, "Yesterday," to "Thursday." -- The Management.)
on October 01, 2016