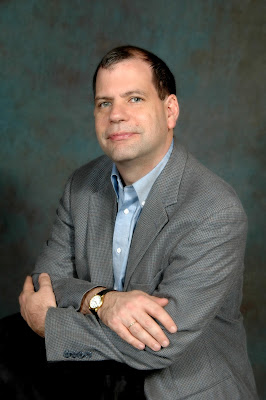 At his blog Marginal Revolution, Tyler Cowen has a periodic feature in which he lists which books he has been reading — often economics books that I would never dare try, but also often fiction and other nonfiction. When I saw the latest entry yesterday, I was surprised to see this:

5. James Joyce, Ulysses, always worth a reread, in bits and pieces.  Don’t start on p.1.  That way, you won’t be discouraged by not knowing what is going on.  That is serious advice.

What do you Joyce fans think of that advice? I have been planning to read Ulysses again, but I had planned to start from the beginning. Perhaps I'm wrong.

One more bit about Cowen and reading: In an interview at Vox, Cowen was asked about items that are underrated or overrated, and when Game of Thrones was brought up, he answered:

I've never watched the TV show, but I tried to read the book and found that it's way too much effort for what you're getting in return. So I have to say it's overrated.

I was struck by this, because while I know everyone else loves George R.R. Martin's series, I tried to read one of the books in the series several years ago when it showed up on the Hugo ballot and also abandoned it. In fact, I decided to give up voting on the Hugo awards, at least for a while, and went to the Prometheus Awards instead. So my failure to read the book changed my life, at least in a small way, as I'm very involved with the Prometheus.
on October 06, 2016

Well, I've heard others recommend not starting Ulysses on page one. I wouldn't recommend it, but I don't think it would hurt. Joyce's books lend themselves to many reading strategies. I once divided Finnegans Wake into 80 sections. I added two cards to a tarot deck and associated each card with one section of the Wake, reading that section when I drew that card. John Cage has own unique ways of reading the Wake. The ancient Romans practiced Virgilomancy, where they would open the Aeneid at random as a form of divination. I think one keeps living with Joyce's books until they become part of our genetic structure. See the new OG blog about this.

I seem a robot and I approve this message.

Here's what I'd advise for someone who hasn't read Ulysses but "has always wanted to get to it": first: read it from page 1, all the way through, allowing yourself to not worry about the dense allusions and odd stylistic shifts: read it as poetry.

Second reading: read from page 1, but have a pile of secondary sources at hand to look stuff up. I like Gifford and Siedman a lot. Take notes on your impressions.

3rd-50th readings: allow yourself to dip into any chapter, any part of the Ulysses-day, and enjoy it. Each chapter is its own world. So, "Circe" is wild. Maybe you're up for that.

Maybe Ulysses made you go read a history of Ireland, and now you want to re-read a section or two in light of that. Same with Hamlet and Shakespeare bios, The Odyssey, Joyce bios, or just marvel that Bloom jerking off to Gerty was sooooo scandalous, as you can read in all sorts of histories of banned books. As Eric says - I paraphrase - Ulysses is worth living in until it worms its way onto a shelf in your DNA.

Just as Miller’s Law states that everything everybody says is true but the question is what it’s true of, I have come to take a literary YKIOK view in which every story does something well, but the question for the individual reader is whether we care about what the story does. That enabled me to decide that Fitzgerald, Dreiser, Lawrence, et al. were not the beneficiaries of monstrous plots to pretend they have literary value but were good at something I didn’t particularly like. Game of Thrones has almost none of what I read sf for, but it does what it does well, and I’m glad Martin is getting rich off it.

I always liked George RR Martin and I've enjoyed his short fiction over many years. I couldn't get into his famous series, but I'm happy for his success.

@michael- I've always told first time Joyce readers or those who are intimidated by Finnegans Wake the same thing: read it as poetry. I've also recommended following just one theme throughout the book (the dancing girl is my favorite) and focusing on everything else in relation to that point.

I've heard the "don't start on page one advice" before as well. You hear that a lot about "difficult" books.

For any Joyce fan I highly recommend Alan Moore's "Around the Bend" chapter told from the perspective of Lucia Joyce during her stay in an asylum in Northampton.