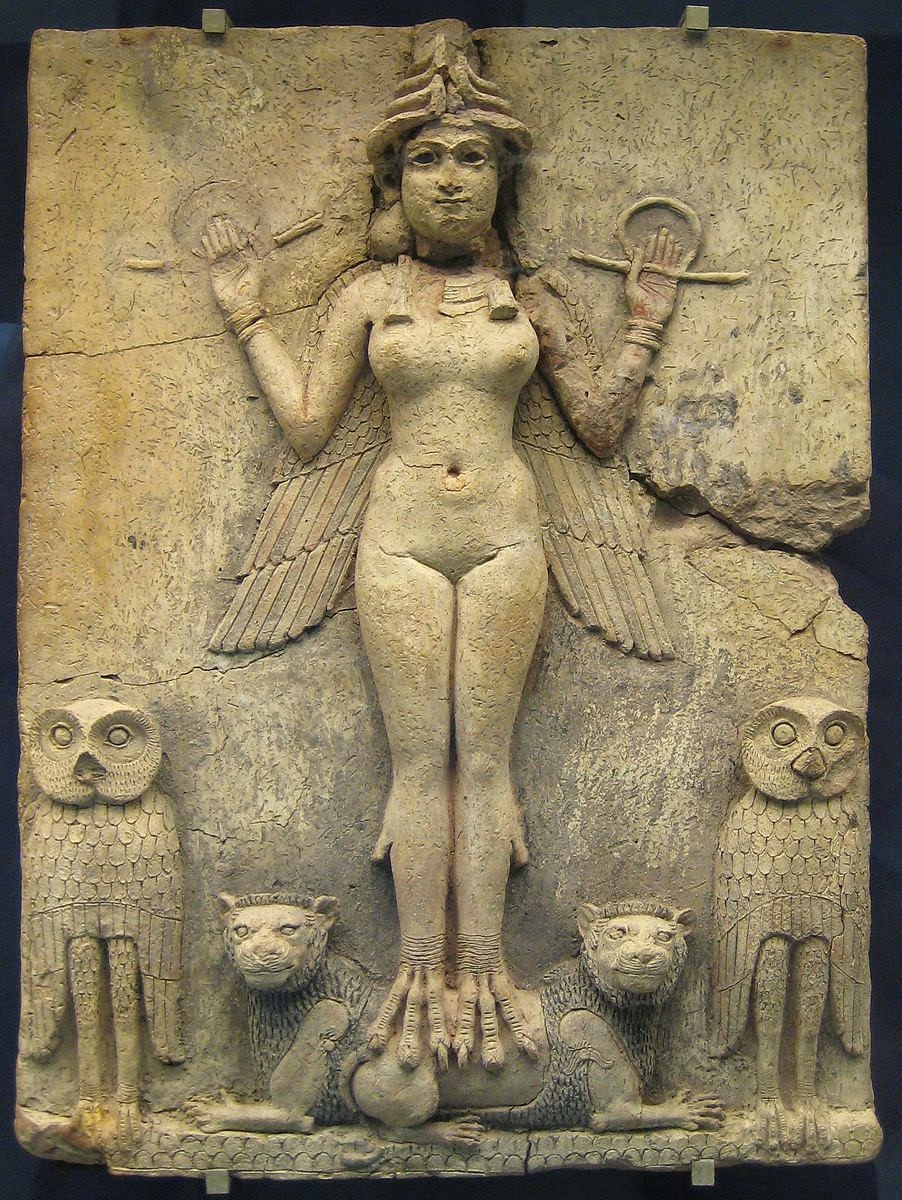 Who were the Illuminati?

In Illumintatus!, they are the statists, the folks who stand behind all of the most sinister elements of big government. This is the theory offered by John Robison in memo No. 12, the memo that begins the current section of the work that's under consideration, and I recently posted an item about Robison.

But the question of who the Illuminati might really be, and what their secrets were, was an issue that Robert Anton Wilson returned to in other books, particularly perhaps in Cosmic Trigger: The Final Secret of the Illuminati. (You may have heard that a play based on the book is in the works in England.)

In Cosmic Trigger, Wilson offers more than one answer to the questions the Illuminati pose, but particular emphasis is placed upon one possible answer:

It occurred to me that I finally had the secret of the Illuminati. They were not the fantasy of right-wing paranoids. "The Illuminati" was one of the names of an underground mystical movement using sexual yoga in the Western world. The veils of obscurity and mystery around such figures as Giordano Bruno, John Dee, Cagliostro, the original Rosicrucians (17th century), Crowley himself, and various other key figures in the "conspiracy," had nothing to do with politics or plots to take over the world. It was a screen to protect them from persecution from the Holy Inquisition in earlier centuries and puritanical policemen in our time. (Page 60 of the original paperback, in the chapter, "The Horrible Secrets of the Wicked Aleister Crowley).

There's more about the subject in Cosmic Trigger 1, and Wilson goes on to say that readers can learn more by consulting two of his other books. The current titles for the books, still in print, are Sex, Drugs and Magick: A Journey Beyond Limits and Ishtar Rising.  The Wikipedia entry for Sex, Drugs and Magick says, "It was Wilson’s intention to call the book Sex, Drugs and the Occult, however the 'occult' was removed at the insistence of Playboy head Hugh Hefner." The reference to Ishtar also gives me an excuse to post an image of Ishtar at the head of this blog entry, taken from the Wikipedia article about Ishtar. Notice how Ishtar's figure resembles those of the ladies photographed as centerfolds for Hugh Hefner's magazine, where Wilson worked.

In a useful synchronicity, Oz Fritz has just put up a blog post, "Aleister Crowley's Sex Magick," the references the very same Cosmic Trigger chapter that I mention in this post.

Of course, illumination is achieved in various ways; Oz says, "We all know that reading a good poem or listening to a special piece of music can suddenly open tracks into an expansive mood or set the soul on fire." No doubt others will cite Zen, or meditation, or reading Illuminatus! RAW mentions Beethoven in Cosmic Trigger 1, Illuminatus!, Schroedinger's Cat and elsewhere. Beethoven was associated with members of the original German Illuminati.

Here is a relevant quote from Robert Anton Wilson, from "Beethoven as Information" in The Illuminati Papers:

Perhaps some mystics have achieved higher levels of consciousness than Beethoven (perhaps!), but if so, we cannot know of it. Aleister Crowley once astonished me by writing that the artist is greater than the mystic, an odd remark from a man who was only a mediocre artist himself (although a great mystic.) Listening to Ludwig, I have come to understand what Crowley meant. The mystic, unless he or he is also an artist, cannot communicate the higher states of awareness achieved by a fully turned-on brain; but a great artist can. Listening to Beethoven, one shares, somewhat, in his expanded perceptions; and the more one listens, the more one shares. Finally, one is able to believe his promise: if one listens to that music enough, one will never again be unhappy."

Some comments on the text:

Proofs of a Conspiracy by John Robison, page 102,  available online. And see the article referenced above.

"novelist William Burroughs," page 108. Does anyone know what Burroughs thought of Illuminatus! ?

"... the dissenters known then as RYM-1 and RYM-2." This Wikipedia article explains the factions.

"23 Skidoo," page 114. There is a fairly long Wikipedia article about the expression.  There may be a connection to the Law of Fives: "Perhaps the most widely known story of the origin of the expression concerns the area around the triangular-shaped Flatiron Building at Madison Square in New York City. The building is located on 23rd Street at the intersection of Fifth Avenue and Broadway, and, because of the shape of the building, winds swirl around it. During the early 1900s, groups of men would allegedly gather to watch women walking by have their skirts blown up, revealing legs, which were seldom seen publicly at that time." (The cops allegedly would order men hanging around to ogle the ladies to "23 skidoo" out of there.)

(Next week: Page 114 "After being lost for an hour in Hitler's old neighborhood" to Page 124 "but I've felt weird for the last week and a half.")

Pg. 103 - Zwack? Later there are Zwack in the Battle of Atlantis.
Pg. 108. Joseph Wendall Malik. The Wendall bit could be a nod to Kerry Wendall Thornley.

p.107 "They're dogs,..."
RAW would later reference Malik's dogs in the context of his own experience with talking dogs from Sirius in Cosmic Trigger vol.1 (p.185). Additionally, in C.T., he links his 'Sirius Transmission' with Leary 'Starseed Signals' as well as Kenneth Grant's work that associated Crowley with the double star. (Cosmic Trigger,p. 80). Also of note is P.K.D.'s tentative belief that VALIS originated from Sirius (he and RAW spoke to each about their similar experiences).

p. 108, "it was novelist William Burroughs..."
Terry Southern's Esquire article “Grooving in Chi” provides an excellent (and highly amusing) resource for those interested in what Burroughs, Jean Genet, and John Sack were doing when the tear gas started flying outside the convention. Unfortunately, it seems to have been taken down from the web...

Side-note: The discussion of the Templars/DeMolay in the Memos reminded me of the way in which Umberto Eco's Foucault's Pendulum seemed to have borrowed so much from Illuminatus!. The similarities are numerous, but just to name a few: Shea/Wilson have FUCKUP, Eco has the Abulafia PC; both have police investigators who specialize in the conflation of radical politics and the occult; both are structurally organized according to the ten Sefiroth; etc.

For the other guys' essays on that place/time/moment, look in your well-stocked local libraries for _Smiling Through the Apocalypse_. It contains the pieces by Jean Genet, WSB, and John Sack.

When I talked to RAW he actually seemed bitter when I brought up Eco's Foucault's Pendulum. I think RAW thought Eco ripped off the kabbalistic structure...I brought it up in relation to Eco's essays on "paranoid overinterpretation," and RAW hadn't read those, but thought - wrongly, it seems to me - that Eco was still a defender of the Catholic faith.

I missed this, the last paragraph of last week's reading

p.102 "And pasting the Eye on the door - I can't but help think of the Hebrews marking their doorways with the blood of a lamb so that the Angel of Death would pass by their houses."

Two remarkable ideas in one sentence:

"the blood of the lamb" = surviving death.

Both ideas seem closely related to each other. This comes at the end Illuminati Project Memo #11

11= the number of magick, energy tending to change in Crowley's list of primes.

Putting opposites against each describes a technique Crowley advocated for seeing through samsara, maya, or our conditioned view of the world.

p. 108-109 Wilson paints excellent and mostly accurate portraits of Burroughs and Ginsberg as quite opposite from each other - Burroughs believes in nothing, Ginsberg in everything, etc. WSB and AG, of course, were great friends who helped each other out a lot. Perhaps an example of the union of opposites?

There's a great account of WSB and AG at the '68 Chicago riots in "Call Me Burroughs" to augment the other articles.

p.111 another revealing sentence:
" that Hoffman's discovery of LSD in 1943 was a manifestation of direct intervention by God in human affairs."

Hoffman's name suggests the type of shamanic preparation for the kind of ritual indicated by the meaning of 43 in the List of Primes from 777. That 19 immediately precedes 43 also appears relevant when looking at the same list.

I don't know what Burroughs thought of Illuminatus! I do know that when I gave him a copy of Coincidance he became extremely happy and spoke about where he knew RAW from.

I found the full "Groovin on the Chi" on pastebin:

Not only to read need to spreed every one mercenary-market

all the words in simple way every one should understand easily.
plixnet

Need to implement in my blog.
starroadrecords

Thank you for this guidance.its really informative for all babebikepics

Its useful to every one and keep posting
robertocescon

Nice post. Every one should implement this one
betasail

What a good suggestion posted by the peoples
firyo

Information's are more innovative and nice to read it
morgan-park

Awesome ideas are given here…!
mrcatandthejackal

Not only to read need to spreed every one odbmh

Thanks for the comments which the peoples are give here
worldbuddhistradio

Need to implement in my blog.
makaha-studio

Thank you for this guidance.its really informative for all..
roulezbolidesauve

Its useful to every one and keep posting sakuraguide

its really informative tutorial. Thank you for this tutorial utdtridelta.

Its very useful if every one should follow this.
tommasolippiello

Nice post. Every one should implement this one donnatodd