RAW, from anarchism to libertarianism 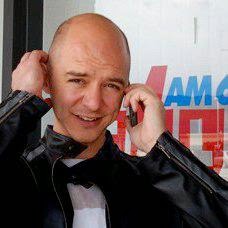 Jake Shannon, who finds all kinds of interesting items for his Discordian Libertarians group, finds an interesting quote from RAW:

My early work is politically anarchist fiction, in that I was an anarchist for a long period of time. I'm not an anarchist any longer, because I've concluded that anarchism is an impractical ideal. Nowadays, I regard myself as a libertarian. I suppose an anarchist would say, paraphrasing what Marx said about agnostics being "frightened atheists," that libertarians are simply frightened anarchists. Having just stated the case for the opposition, I will go along and agree with them: yes, I am frightened. I'm a libertarian because I don't trust the people as much as anarchists do. I want to see government limited as much as possible; I would like to see it reduced back to where it was in Jefferson's time, or even smaller. But I would not like to see it abolished. I think the average American, if left totally free, would act exactly like Idi Amin. I don't trust the people any more than I trust the government.

Email ThisBlogThis!Share to TwitterShare to FacebookShare to Pinterest
Labels: libertarianism

I've always felt that the main political question is, "Which is scarier, the government or the people?"

I understand that anarchism may not seem practical, or that if govt were abolished, the alternative could be frightening to a lot of people. But if you're advocating FOR govt, no matter how limited, you're advocating for violence by nor class against an unwilling people.

I've seen RAW try to summarize his political philosophy like this in a lot of different forums:

There is one principle (or prejudice) which makes anarchist and libertarian alternatives attractive to me where State Socialism is totally repugnant to my genes-or-imprints. I am committed to the maximization of the freedom of the individual and the minimization of coercion. I do not claim this goal is demanded by some ghostly or metaphysical “Natural Law,” but merely that it is the goal that I, personally, have chosen — in the Existentialist sense of choice. (In more occult language, such a goal is my True Will.) Everything I write, in one way or another, is intended to undermine the metaphysical and linguistic systems which seem to justify some Authorities in limiting the freedom of the human mind or in initiating coercion against the non-coercive.