I was away on a family gathering in Oregon for a few days, so I need to get caught up: 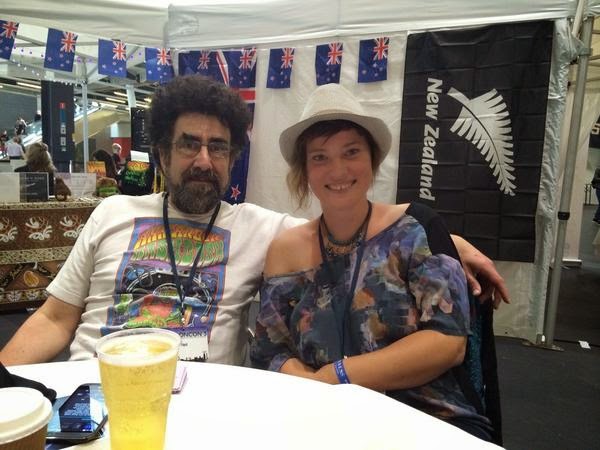 (1) Neil Rest and Daisy Eris Campbell at the world science fiction convention currently being held in London. Daisy posted this on Twitter, writing, "Just met the guy that Simon Moon was part-based on! #Illuminatus"

(2) Jesse Walker on Discordianism, at Io9.

(4) The Lost Treasure of Eris has been found.

(5) Things to Stop Being Distracted By When a Black Person Gets Murdered by Police. (Via Supergee)
on August 17, 2014