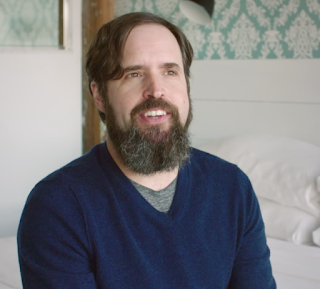 Robert Anton Wilson was mentioned in a Joe Rogan podcast this week that featured Duncan Trussell, also a comedian and podcaster. It's about 7:45 into the podcast.

Chad Nelson writes (on Wednesday), "Yesterday he had fellow comedian and podcaster Duncan Trussell on. About ten minutes in, Trussell gave a shout out to “the great Robert Anton Wilson,” and explained RAW’s efforts to get his readers into a state of generalized agnosticism. I may be overreacting since I’m a huge fan of the show, but I was shocked when I heard it.

"Sadly, it came in the middle of a busy, stoned conversation so there was no “who was RAW?” follow-up inquiry from Rogan. Trussell also went on to mention Discordianism ever so briefly.

"As far as I know, it’s the only time RAW has ever been specifically named on the podcast, which surprises me since McKenna, Lilly, Leary, Castaneda, Watts and other RAW-like thinkers and contemporaries are discussed all the time."

'There is no governor anywhere'