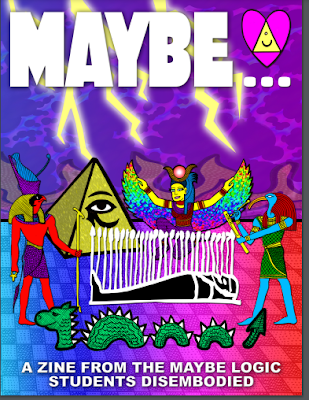 A 2008 zine produced by various Maybe Logic Academy folks has now been released as a PDF, making it available to everyone.

The posting by Bobby Campbell at the Maybe Logic blog explains,

"Behold a blast from the past!

"Way back in 2008, a group of Maybe Logic Academy alumni endeavored to produce a print publication, spinning off from the web based Maybe Logic Quarterly, which ran for 14 issues from Winter 2004 to Spring 2008.

"Presented here in digital form for the first time:

"Most of whom can still be seen collaborating on various Maybe Logical pursuits :)))"

I have downloaded my copy, and so far I have read Prop Anon's interview with RAW, and the five haiku for RAW by Sean Rovaldi, aka The Purple Gooroo. Here is one that I liked:

Illuminatus!
So Much More Than Just A Story
A Brain-Change Device 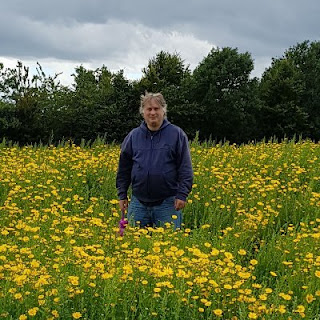 Thanks for the link, Tom!

As is my tradition, now that I'm back from vacation, it's time to start slow rolling out all the Maybe Day projects I didn't finish in time :)))

Little detail: the Loch Ness Monster on the cover (also featured in the bookplate I designed for RAW) was based on a figurine that I saw in RAW's apt, he had it on his cable box, which I thought was cool. Flash forward to reading Steve Fly's Tale of the Tribe book a couple months back, and he has an interview with RAW in there where Mr. Wilson specifically calls attention to the Loch Ness Monster on the cable box, a bit of feng shui he was apparently very proud of :)))

Oh how things come around... I gave that little Loch Ness monster to RAW years ago. He did love having it coming in and out of the top of the cable box. There's a photo of the monster at the Hilaritas Press blog: http://www.hilaritaspress.com/hilaritas-press-news/raw-auction-2016/

Oh that is so cool!