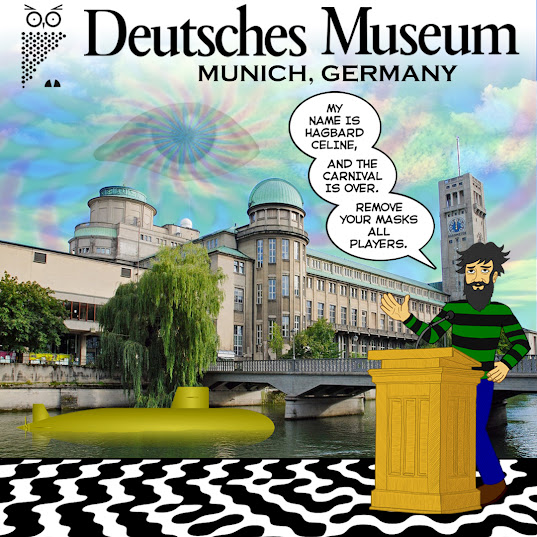 Some exciting news from artist Bobby Campbell: His Hagbard Celine illustration, originally drawn to promote a reading group on this blog, is now being exhibited in a German museum.

About the above image, Bobby explains,

"An Illustration I did of Hagbard Celine is now on permanent display at the Deutsches Museum in Munich, Germany! The drawing is part of the Modern Cryptology section of the “Image Script Codes” (Bild Schrift Codes) exhibition. It’s part of a display dedicated to Karl Koch, the Illuminatus! influenced hacker who used “Hagbard Celine” as his pseudonym.

"The drawing was originally done back in 2015 in support of the RAW Illumination blog’s online reading group for the Illuminatus! Trilogy, and apparently turned up as part of the museum’s research into Karl Koch.

"The image features Hagbard Celine giving a psychedelic speech during a climatically surreal moment towards the end of the book."

More here; Bobby is glad the drawing is being shown near many of the events of the trilogy.

Congratulations to Bobby; he has supported this blog in many ways over the years, and I'm glad one of his efforts turned out this way.

Below is another illustration of Bobby's, done for the reading group. 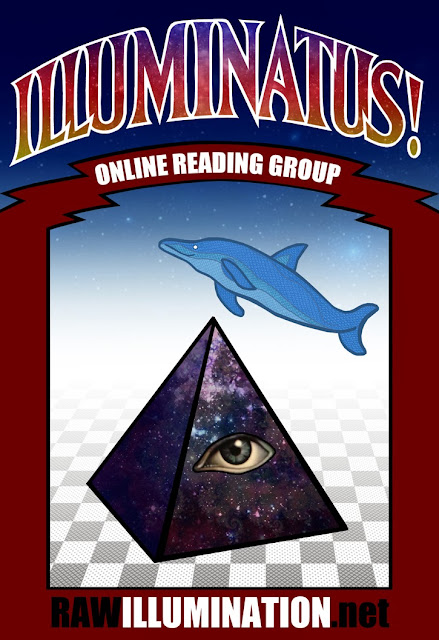 I'm reminded of this RAW quote:
"So it depends on who I’m talking to which of these metaphors I use to explain where these weird patterns come from that jump out of the books and grab the readers and change their lives, it's not me it's a 6 foot tall rabbit."