I have just completed reading Adam Gorightly's The Prankster and the Conspiracy, his biography of Discordian Kerry Thornley. It seems appropriate to share a few impressions.

I am certain that everyone who reads this blog would find it an interesting and worthwhile read. Some of the material was familiar to me from the Historia Discordia blog and from the heavy use of Adam's book made by others writing about the Discordian movement, but there were many facts, alleged facts and wild stories that were new to me. I did not know, for example, that Margot Adler, in Drawing Down the Moon, credited Thornley as originating the use of the word "pagan" to describe modern nature-based religions.

Adam's account fleshes out many points I only knew a little about, such as Jim Garrison's long investigation of Thornley as a supposed JFK assassination conspirator. (Oddly enough, an early version of the Principia Discordia was photocopied at Garrison's office.) 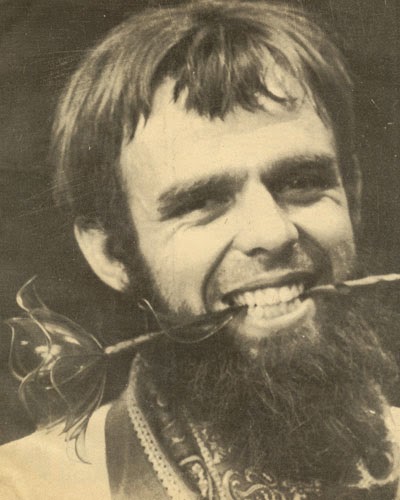 Photo of Kerry Thornley. Wikipedia says use of the photo is "fair use."

Adam plays fair with the reader, often expressing his opinion on how much credence to put into an assertion. While the book is not heavily footnoted, he lists his sources in the back, so for the most part, it's easy to tell what the source of an assertion is. One of the more incredible claims — that Bob Dylan's "Like a Rolling Stone" is about actress Grace Zabriskie, a friend of Thornley's, and that "Napoleon in rags" is Thornley, is attributed to "rumor has it," which I took it to mean very possibly is not true but is a little too juicy to leave out completely.

The book has quite a bit of information about other Discordians, such as Greg Hill, Bob Newport and Robert Anton Wilson. Arthur Hlavaty is mentioned in passing. A chapter toward the end, "Discordian Interlude #23," is interesting in itself and also offers the reader a relief from the mostly grim tale of Kerry's final years, dominated by madness. The book is illustrated with a number of photographs and documents.

Gorightly has another relevant book coming out in October
http://tinyurl.com/lh25m3s