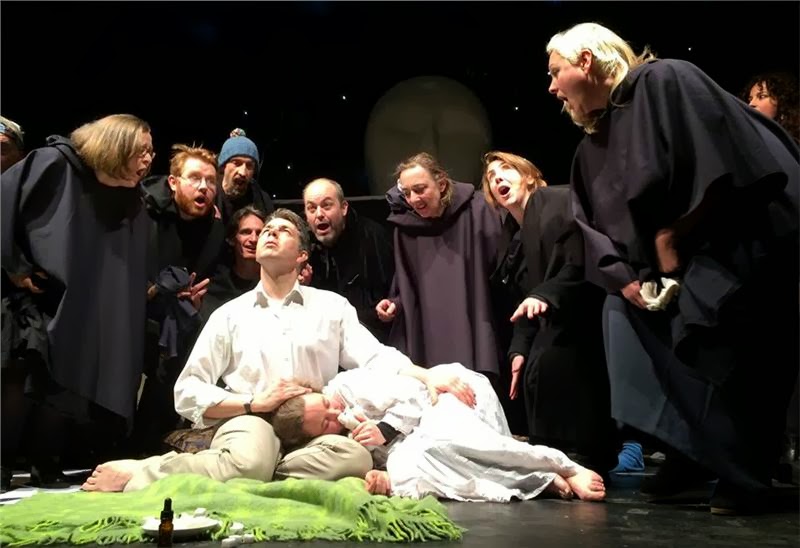 Liverpool Confidential publishes a story on the Feb. 23 "Cosmic Trigger" event in Liverpool, featuring Daisy Eris Campbell and John Higgs. There are also a bunch of photos. I've copied one above; what's going on in the picture?

John Higgs also has published a group of photos on Facebook of the event.

me an fuzzbudy turne out to this.

The main actor you see is playing Robert Anton Wilson, and the actress is playing Luna. It is Wilson's first LSD trip, where Luna comes down from sleeping and wants a drink. They made an especcialy gargantuan Typewriter, that had a projector screen for a piece of paper, which the actor climbed into and became Joe Malick.

Whoop, I didn't read the update bit. Yeah it was a fantastic little excerpt.