Apparently buoyed by the success of her London Fortean Society event, Daisy Eris Campbell has launched her effort to raise the necessary funds to stage her adaptation of Robert Anton Wilson's Cosmic Trigger.

The event featured professional actors performing snippets from the play. Here is one of the photos: 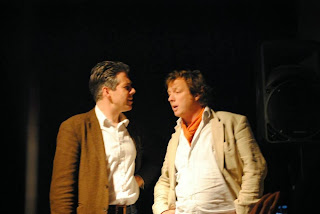 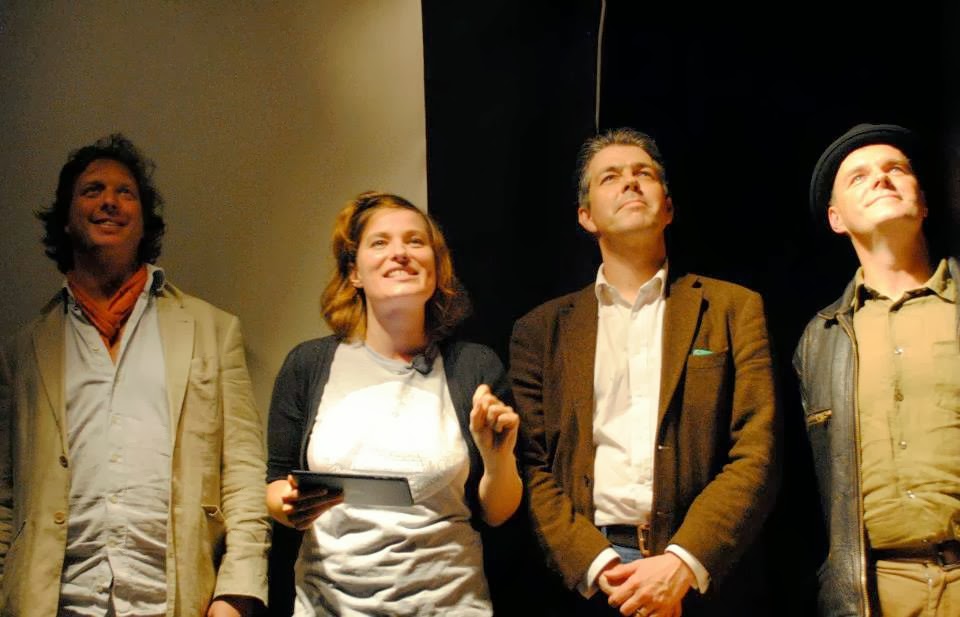 Daisy Campbell with the actors. 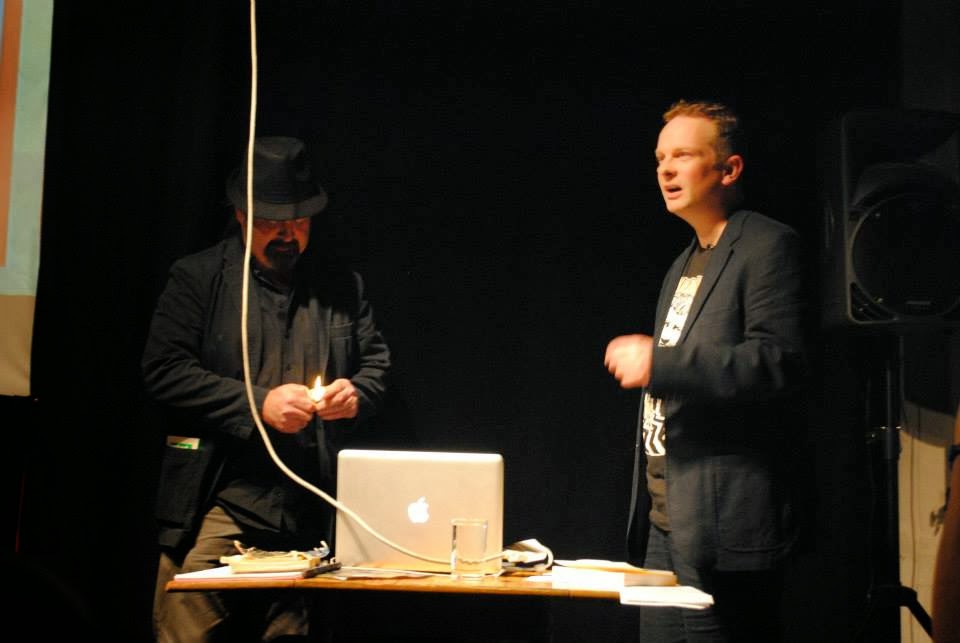 All of the photos from the Oct. 23 event at the Horse Hospital in London were posted on Facebook by Bongo Pete; I hope he does not mind that I reproduce them here.

Daisy Eris Campbell has begun soliciting donations of 23 pounds to get started on raising the necessary funds for the production. From her fund-raising letter:

Hello Everyone,
Thanks so much to John Higgs, the London Fortean Society and The Horse Hospital for letting me come and talk about my Cosmic Trigger plans. It was a joy to see great old friends gathered, and to meet so many new and wonderful kooks!
So, as for the show, it really is early days. And, as most of you are by now aware, the plan is to get it on the road with Crowd-funding (probably Kickstarter). But to even get to the point where I can get a crowd-funding campaign up and running takes money and some love-labour.
We gotta:  Form a theatre company - this takes some funds Get a website up and running - I have the domain, wordpress + DIY themes, but no time to learn how to put all that together - do you?   Snuffle out those Wilsonians where-ever they may be - so if you have access to mailing lists, know of good websites, or know of any other Discordian portals please let me know.  Sort out the rights with the Wilson Estate - they know I'm underway, but I need to buy the option - more funds...
So to give your £23 (or any multiple thereof) here's the details: You'll need to have a PayPal account. If you would rather BACS the money, just email me and I'll send you the details.
https://www.paypal.com/uk/webapps/mpp/send-money-online
Email is: cosmictriggerplay@gmail.com
To be clear, when the Kickstarter campaign goes live,donors only actually contribute their money if the target  is raised. You Angels are in so early you have no such guarantee - just the warm glow of knowing you helped get this baby off the ground. But rest-assured,  whatever I end up offering as a reward for the £23 when the campaign starts, you guys will of course get in on - probably a place on the guest list to a Discordian grand opening night party...

Nice blog i liked it... thanks for sharing...!! Even recently i found amazing link have a look remittance to India, remit to India