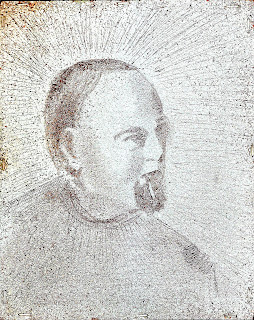 Bobby Campbell has found a new way to keep the lasagna flying: He has launched New Trajectories, a Tumblr that displays a great deal of art inspired by or honoring Robert Anton Wilson. Lot of great stuff to look at. I've added it to this blog's "Sangha" section. (The name of the blog is "a play on RAW's newsletter and the aspirations of flying lasagna," Bobby explains.)

In his Maybe Logic blog posting announcing the site, Bobby mentions the two RAW Twitter accounts which are worth following (one of which is his own); I follow them both, too. I don't follow a third that he refers to as "Huffington Post blog spam;" I gave up on it when I noticed it never had any actual RAW material.

Thanks, as always, for sharing!