Wilson apparently came to regret being so hard on Hoffman; in a comment to my August 22 post, Jesse Walker wrote, quoting an email RAW sent to Walker in 2004, "I softened my view after details of his illness came forth. Before that, I considered him nasty and mean. After, I decided my few meetings with him probably came in depressive valleys of his bipolar cycle and I had non-semantically thought I 'knew' him.... See my Cosmic Shmuck law; it's very important to me these days to remember my Cosmic Schmuckhood. Wish I had met Abbie once on one of his peaks... Met Anita toward the end of her life & liked her a lot."
on August 25, 2013

I appreciate Jesse's contribution there.

With all the "Abbiejerry Hoffmanrubin" - like riffs in Wilhelm Reich In Hell and other places, I had often wondered if RAW's reduction of the two to Rosenkrantz and Guildenstern/Tweedledum/Tweedledee of the Yippies might become nuanced in a later book, but it never did.

RAW thought the New Left and guys like Abbie and Jerry talked down to the Establishment, but the message was never going to get through because it was one gene pool preaching to another, more Alpha gene pool. Or at least RAW thought that at one time. He also conceived of the counterculture's misfirings in terms of the theory of games and imprinting.

In Prometheus Rising he writes, "Preaching itself is bad second-circuit politics since it puts you one-up on the person preached-at. You are _not_ one-up unless imprinted as such by being an alpha male in the same gene pool or conditioned as such by being a 'boss' or other authority-figure. The counter-culture of the 1960s, like many other idealistic movements, failed because it did so much _preaching_ from a morally one-up position when nobody had been imprinted or conditioned to accept it as one-up." -p.72, footnote, Revised Ed.

In other places RAW gives a far more materialist narrative about the failures of the counterculture: FBI/COINTELPRO harassment of the underground press, which had something to do with funding the New Left.

Far earlier, in 1971, RAW, writing academic-style in Journal of Human Relations on horror films as folk art, puts Abbie and Jerry in with Shelley and Bakunin as great Romantics, but thinking like this (in 1971) should be done with. We need to "think like adults"..."like Darwin, Frazer, Kropotkin, Tucker, Spooner, and, yes, Marx at his best."
http://rawilsonfans.com/even-a-man-who-is-pure-of-heart/

Abbie and Jerry were on the side that called Leary "the squealer," so that may play into reasons why RAW took Abbie as a caricature: Abbie, at one time, was part of a group of influential counterculture figures who didn't see that his friend Leary was the target of a vicious smear campaign by the FBI. They caricatured Leary so RAW caricatured Hoffman and Rubin.

In yet another, more basic philosophic sense, Abbie had come down on the side of "change the world in order to change consciousness," while RAW seemed closer to Leary, the hippies, and others: "change your consciousness in order to change the world." But again:that's almost embarrassingly simplistic, yet it WAS much-debated for a time. There was even a "houseboat summit" in Sausalito in which many of the Big Names in the anti-Establishment argued this topic, among other things:
http://www.youtube.com/watch?v=lKi4zoJPfFs

The anarchist Diggers in San Francisco considered Abbie and Jerry "creep commies." See David Talbot's _Season of the Witch_, p.38. And Ed Sanders saw the "violent-hearted core of the Yippies" in _1968_ (book of verse/poetry with that title, see esp. pp.68-71) In _The Family_ Sanders links Abbie and Jerry to Charles Manson and possibly breaking Manson out of prison after the Tate-Labianca murders. "I looked at Jerry and suggested that Phil (Ochs) go in with him in my place to see Manson. Jerry had checked with Abbie Hoffman over the weekend on whether or not it was a good idea to visit M."

See p.353 for a surrealistic scene of Rubin, Sanders and Phil Ochs at Schwab's Drug Store, and Rubin whispering to Sanders how easy it would be to break Charlie out.

RAW had met Sanders in the early 1960s and credited Sanders with showing him how to read the tabloids as if they were anthropological data.

Here's an 80 minute debate between Abbie and Jerry Rubin from 1986:
http://ubu.com/film/hoffman_yippie.html

"I said, thinking that in a sense
Jarry's old presurrealist classic, "The Crucifixion of Christ Considered as an Uphill Bike Race," was really the best metaphor for the circus Daley was running."

"I wondered if Jarry was picking it up, in Paris, half a century before; that would account for the resemblance. Abbie Hoffman went by just then, talking to Apollonius of Tyana. Were we all in Jarry's mind, or Joyce's?"

I remember Tim Leary did a great bit on MTV after Abbie Hoffman died.

Abbie had great powers of discord himself. And, once above ground, was a gifted political strategist with grace and humor. 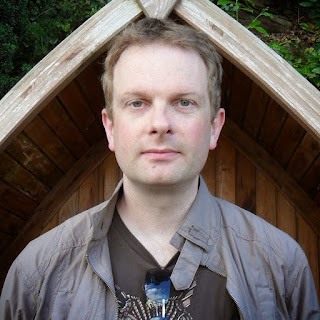