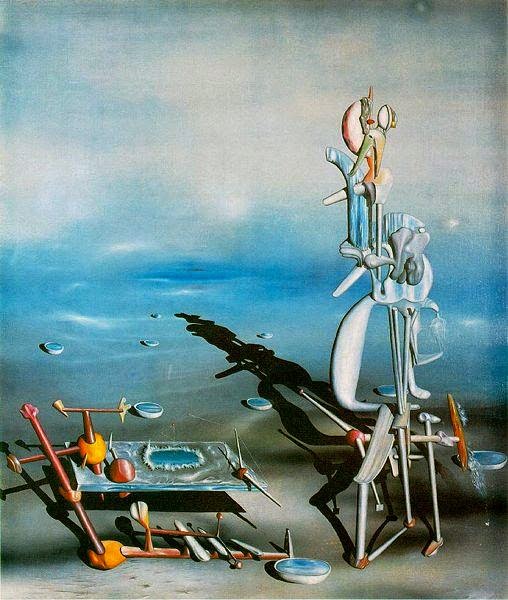 This section with Saul Goodman, apparently held captive in a hospital and being brainwashed by a doctor, seems to me to represent one of the themes of the work as a whole.

One point that RAW seemed to consistently teach over his lifetime was NOT to be sure of yourself, to keep trying to figure out what is going on,  to avoid all encompassing belief systems and instead to venture opinions, which can be discarded as new evidence appears. It's a teaching he offered over and over again.

As an example, consider the New Libertarian Notes interview. Does anyone think he is only talking about politics?

I also read at least one periodical every month by a political group I dislike -- to keep some sense of balance. The overwhelming stupidity of political movements is caused by the fact that political types never read anything but their own gang's agit-prop.

"Does Mr. Celine seriously suggest that the United States government is in need of a guardian?" page 184. It seems to me that one of the political debates in this country is between those who believe the government should be restrained by the rule of law, and those who see no need for any restraint, so long as their side is in charge.

"We believe we have shown that the resettlement plan offered by the government will be no hardship for plaintiffs," page 184. The place where I lived most of my life, Oklahoma, still has many Native Americans because they were "resettled" there. The western half of the state is mostly "Plains Indians" from the west, while the eastern half has Cherokees, Choctaws, Seminoles etc. shipped in from the eastern states.

"And I'm damned if I'll drive a broken-down jalopy that spends half its time in a garage being repaired merely because that would make me seem more 'dedicated' to you left-wing simpletons." Page 185. I love this sentence.

"Slavewagon," page 185. Volkswagen cars, associated with the hippie movement, had their roots in Nazi Germany. (As Simon Moon surely knew, hence he offers no rebuttal.)

LDD, page 186. Despite the jokes, what it really stands for is "Legion of Dynamic Discord." The legion was the basic military unit of the very un-Discordian Roman Empire, so the name is itself a joke.

"Proving that government is a  hallucination in the minds of governors," page 186. "There is no governor present anywhere," Chuang Tzu, quoted in Robert Shea's fanzine of the same name. Considered by some an early anarchist and skeptic.

Tanguy,  page 192. Yves Tanguy, a Surrealist, one of my favorite painters. Known for his eerie, other-worldly landscapes.

"George had chosen to denounce the Crusades as an early outbreak of Western racist imperialism." page 193. Fair enough, I guess, but I always wonder why nobody notices most of the Muslim world was Christian until it was occupied by an earlier outbreak of Arab imperialism. It didn't start at the end of the 11th century.

An interesting factoid relevant to the story's background...but wrong here.

"Bubi" is a Yiddish term of endearment, here used sarcastically: "Up yours, sonny".

185 - The gay marriage joke seems ahead of its time.

The cutting from one storyline to another reminds me of "Intolerance," although Illuminatus! jumps more abruptly after shorter fragments. In "Intolerance" the fragments don't get really short until the end, building to the climax.

I'd forgotten the reference to Larry Rivers and the other painters on pg. 192.

George's thoughts on pg. 193 remind me of George Bernard Shaw's assertion that every great idea started off as a joke.

p.185: Hagbard fakes homosexuality to get Simon out of jail. Faking homosexuality appears a strategy in some tantric practices to get past certain kinds of bardo guards (obstacles). Theatrically adopting the posture indicated by the paragraph: "It was too much. "Daddy" I said , camping like our friend the Padre, "Your so masterful." describes the strategy. The sentence in the next paragraph, "Make sure he pays every penny" indicates the nature of the obstacle.

p. 186: Jubela, Jubelo, Jubelum represent 3 characters from the myth of Hiram Abiff (The Widow's Son), a myth which serves as the basis for Freemasonry initiation rites further suggesting the possibility that Saul undergoes some kind of initiation in his ordeal. Their actions also get lifted direct from the myth.

p.187: "Silence. It was lonely and dark in the coffin, and Saul couldn't move. Let me not go mad, he thought."

It cuts to 2 paragraphs away from Saul then:

The shift from coffin to sunlight appears straight out of a Crowley death/rebirth metaprogramming exercise (section AAA of Liber HHH). In the exercise, after the above, the practitioner descends again into darkness before rising up into a final vision of clarity which seems similar to what Saul goes through.

I wonder if Saul Goodman's name got inspired or meant as a homage to Sal Paradise, Jack Kerouac's protagonist in "On the Road?"
Soundwise:
Saul Goodman = It's all good man
Sal Paradise = It's all (southern accent) paradise.
Kerouac also got deeply inspired by James Joyce.

More to go next chance I get.

Saul Goodman reminded me of Paul Goodman, an inventive anarchist who will probably never again be brought to public attention because of his ephebophilia.

3 years ago I posted a blog that included a look at the importance of the number 68 in Illuminatus!

I speculated that it represented a combination of the Sephiras 6 and 8.
At that time I hadn't read Illuminatus! in awhile, just going off of 68 appearing on page 1.

p. 192; "The floor was carpeted in wine red with a blue stylized octopus, it's waving tentacles radiating out like a sunburst."
Sun = 6, Octo = 8 a perfect combo of the two.

"He took out a legal-size pad and a green pen, climbed on the bed, curled up at the head and began writing."
Head = Sun = 6, Writing corresponds with 8. Again, one paragraph later, we get an excellent combination of 68.

George then has interesting thoughts about new ideas (p.193)

Seems a common report amongst seriously creative people, also one objective of yoga and magick.

Volkswagen = people's wagon, and people are slaves in Hagbard's view.

Bubi and bubi are both probably on it, knowing Bob's enjoy(ce)ment of a good double meaning.