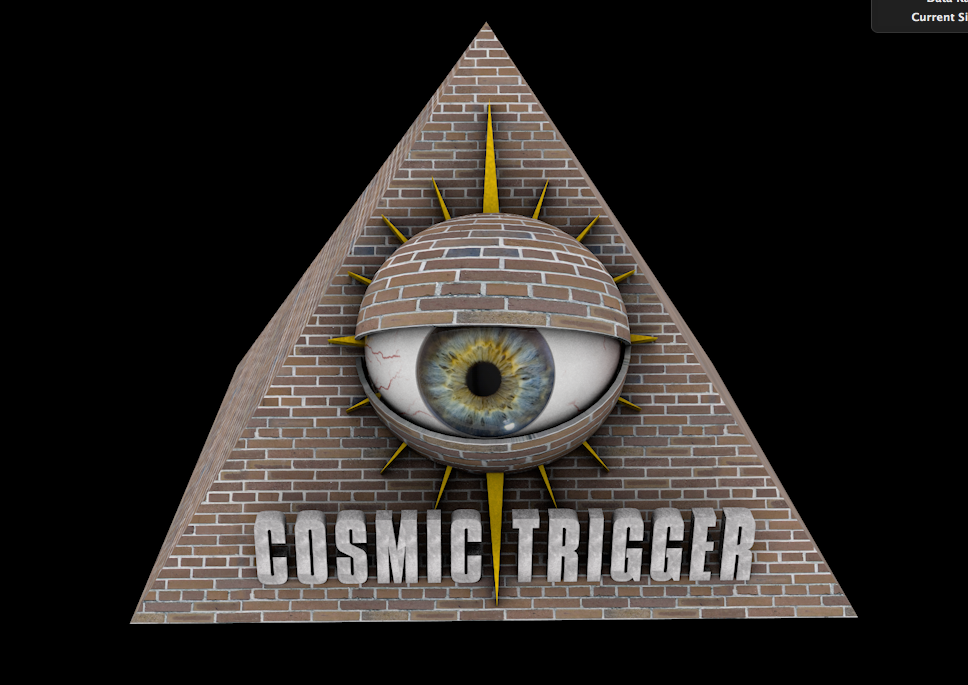 Daisy Eris Campbell has issued an update on the Cosmic Trigger play crowd funding effort. As of Wednesday morning, U.S. time, the drive has reached 56 percent of its 23,000 pound goal, with 17 days left.

A new live event is planned on June 23 at the October Gallery (in London, I think.) Daisy explains, "We have a forthcoming live event on Monday June 23rd – next Monday in fact – at The October Gallery. We are calling it Hagbard’s Salon. This is a chance for those who haven’t yet been initiated to see a scene from the play, hear this caper’s backstory, and generally be converted to the cause. For this reason, we are asking that if you have attended one of our live events before, you must bring a potential neophyte…

If you are a Robert Anton Wilson fan, check out the perks available if you make a donation.
on June 18, 2014