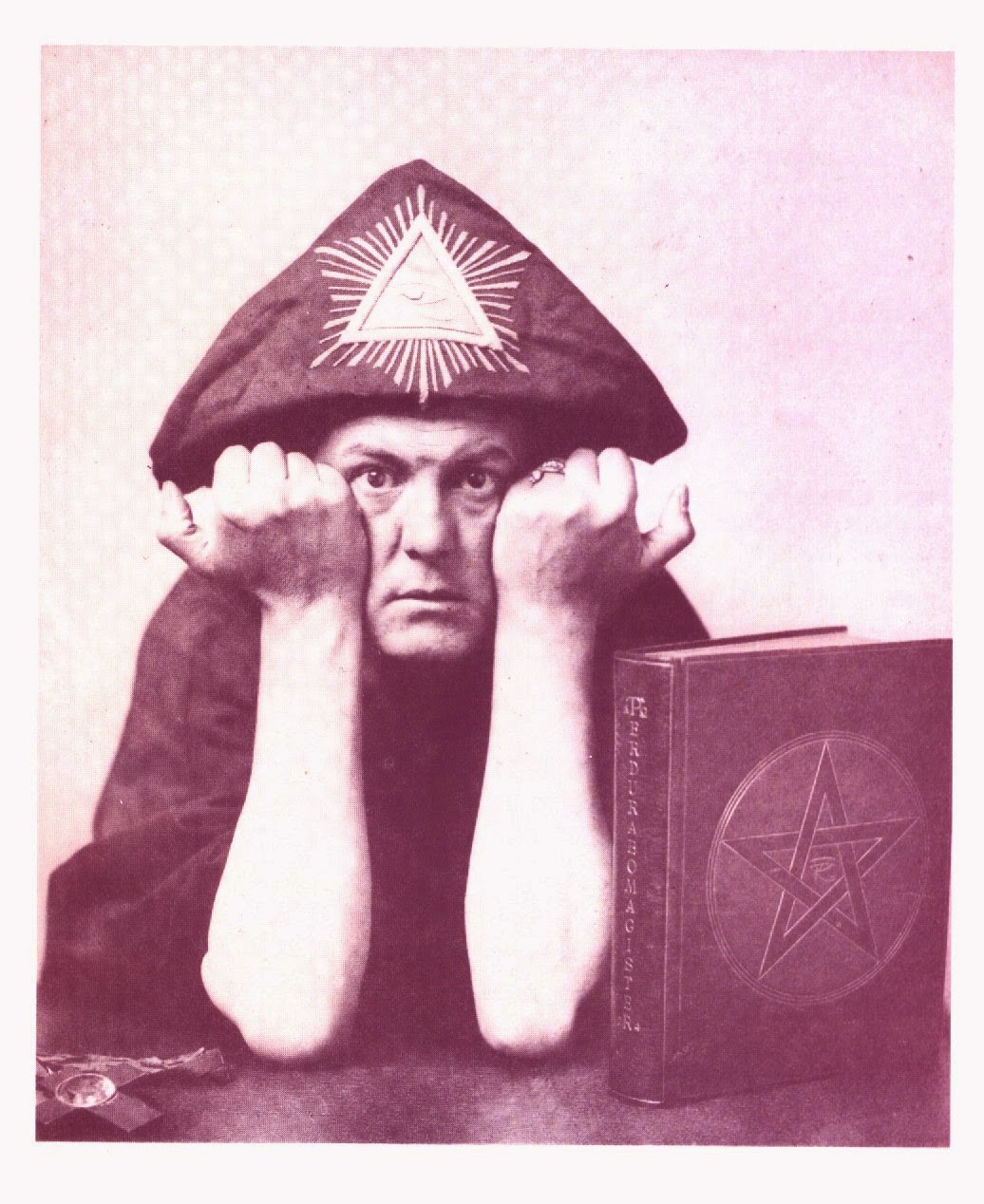 In an interesting new blog post, Adam Gorightly, showing off the research skills he displays in his new book, compares the Grey Alien on the cover of Whitley Strieber's Communion with a critter allegedly invoked by Aleister Crowley back in 1917. He also discusses Jack Parsons and provides two interviews with RAW, one on Crowley and one on Parsons, and links to a RAW piece about Crowley in The Realist. As far as I can tell, the latter is not posted at rawilsonfans.com.

Gorighty tosses off all kinds of interesting observations in his post. For example, after explaining the Babalon Working ritual involving Parsons and Marjorie Cameron, he writes,

The Babalon Working ended just before the ‘Great Flying Saucer Flap’ of 1947 when the modern age of UFO sightings began. In this regard, some have suggested that Parsons, Hubbard and Cameron opened a door and something flew in. (Insert creepy organ music here.)