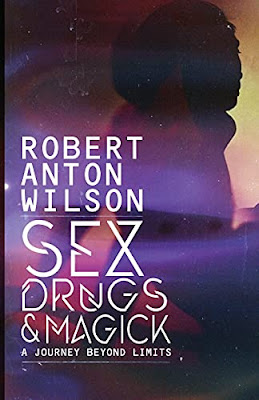 Over at his Jechidah blog, Apuleius Charlton has wrapped up his online reading group on Sex, Drugs and Magick with a blog post on the afterwords written by Rodney Orpheus, Andrew O'Neill, Alexis Mincolla and Arden Leigh. There are also notes on other items of interest.

While he isn't sure yet about the next project, Charlton reports that some book reviews are likely on the way: "I've recently finished Alan Moore's Illuminations and Phil Baker's City of the Beast: The London Of Aleister Crowley, both of which I intend to review soon as I think they'd be of interest for our little group. I also received Higgs' soon to be out of print novels which I might write down some thoughts about.