Richard Jackson on RAW's list of his 100 favorite movies 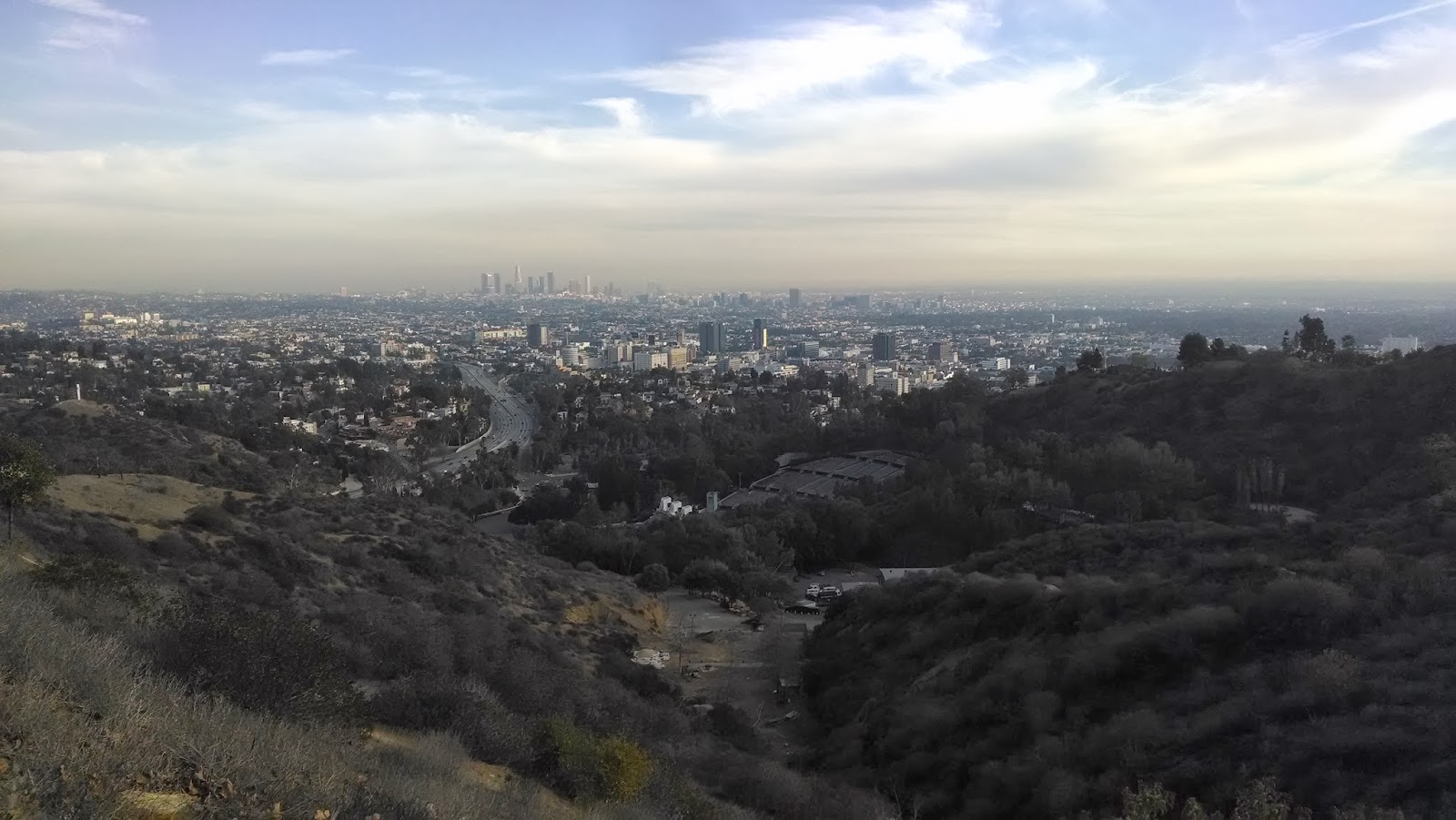 A view from above: The Hollywood Bowl, foreground, Hollywood, and the LA skyline.

[My son, Richard Jackson, who teaches English in South Korea, is on vacation with me in Hollywood, California.

Richard have never read anything by Robert Anton Wilson, but he is a big film buff. After I posted the list of RAW's "100 Favorite Movies" (thanks again, Jesse Walker), Richard posted in the comments and then dashed off a series of emails to me. I thought they'd be worth putting together in a blog post. I've added a few comments. -- The Mgt.]

I noticed he didn't have that many science fiction movies on his list: 2001, Close Encounters of the Third Kind, A Clockwork Orange, King Kong are the ones I can see.

It's a good movie, but The Man Who Would Be King may have had special appeal for Wilson since he wrote about conspiracy theories. One of the plot points in the film is that the would be kings are Freemasons and they come across a cult that worships Freemasonry and it selects Sean Connery as its king. It turns out the cult was founded by Alexander the Great, an ancient Freemason.

Going through the list, it seemed Wilson tended to favor films where the protagonist was a loner, iconoclast, anti-hero, or straight up villain. Does that theme play out in his work? [Iconoclast, you bet. A good observation. -- The Mgt.] You'll notice Casablanca and The African Queen are NOT on his list, but Bogart's roles where he played  less sympathetic protagonists are on the list, such as The Maltese Falcon, Treasure of the Sierra Madre, and The Big Sleep. [May be relevant that RAW was a big Raymond Chandler fan -- The Mgt.]

Not a lot of happy endings. A lot of the films are cynical and unsentimental. That was the case for Orson Welles, John Huston, Stanley Kubrick, Richard Brooks. He really favors their films.

Because of his choice in taste and directors, many of the films at are quite atmospheric.

He seemed to like films about Hollywood, were both satire and love letters. Like Ed Wood, Barton Fink, Singin in the Rain.

You may think I'm reaching, but if I had time I could write more about it. A lot of the films involve quests, people who find themselves in a sort of a hell (both lower and upper case "hell"), characters stumbling on secret societies, finding out conspiracies, and ending up in a culture completely different from their own. Do these themes play out in his books? [Pretty good observation, no? -- The Mgt.]

With his choice in film, I'm surprised he didn't have Chinatown (conspiracies, f'ed up characters, hell), Apocalypse Now (the quest, different culture, hell, atmospheric) or Hellboy (2004, before RAW's death) (the works). Hellboy is very Lovecraftian.  I don't know if RAW was unaware of the film, wasn't interested or maybe he did see it and didn't love it. [I suspect that he did like Chinatown, as he referred to it in the Schroedinger's Cat trilogy. In fact, when I took Eric Wagner's course on SC at Maybe Logic Academy a couple of years ago, I watched it for the first time because Eric assigned us to. -- The Mgt.]

The Big Knife is also a satire on Hollywood movie. Surprised he didn't have Sunset Blvd. (1950) or The Last Command (1928). The first is a Billy Wilder movie about a screenwriter who becomes a kept man for a aging screen star. The latter is about a former Tsarist general in Los Angeles who is reduced to working menial jobs and appearing in films as a bit player or extra.  But I guess his list can't be comprehensive.

Furthermore, I notice he didn't put down any films about social conscious issues. I don't know if he viewed those as overly didactic or if the messages in the film clashed with his libertarian beliefs.  He had zero films by directors Stanley Kramer, Elia Kazan, 1 film by Norman Jewison, 2 films by Sidney Lumet.  The Jewison film was And Justice For All, which shows the broken American justice system. That's appealing to most people of all political stripes. The two films by Lumet are Dog Day Afternoon, which dealt with homosexuality and the other is The Verdict, which is another broken American justice film.  [I explained to Richard that RAW was in fact socially conscious and was arrested and jailed once in Ohio for protesting segregation at a barbershop, an incident discussed in Cosmic Trigger 2. -- The Mgt.] 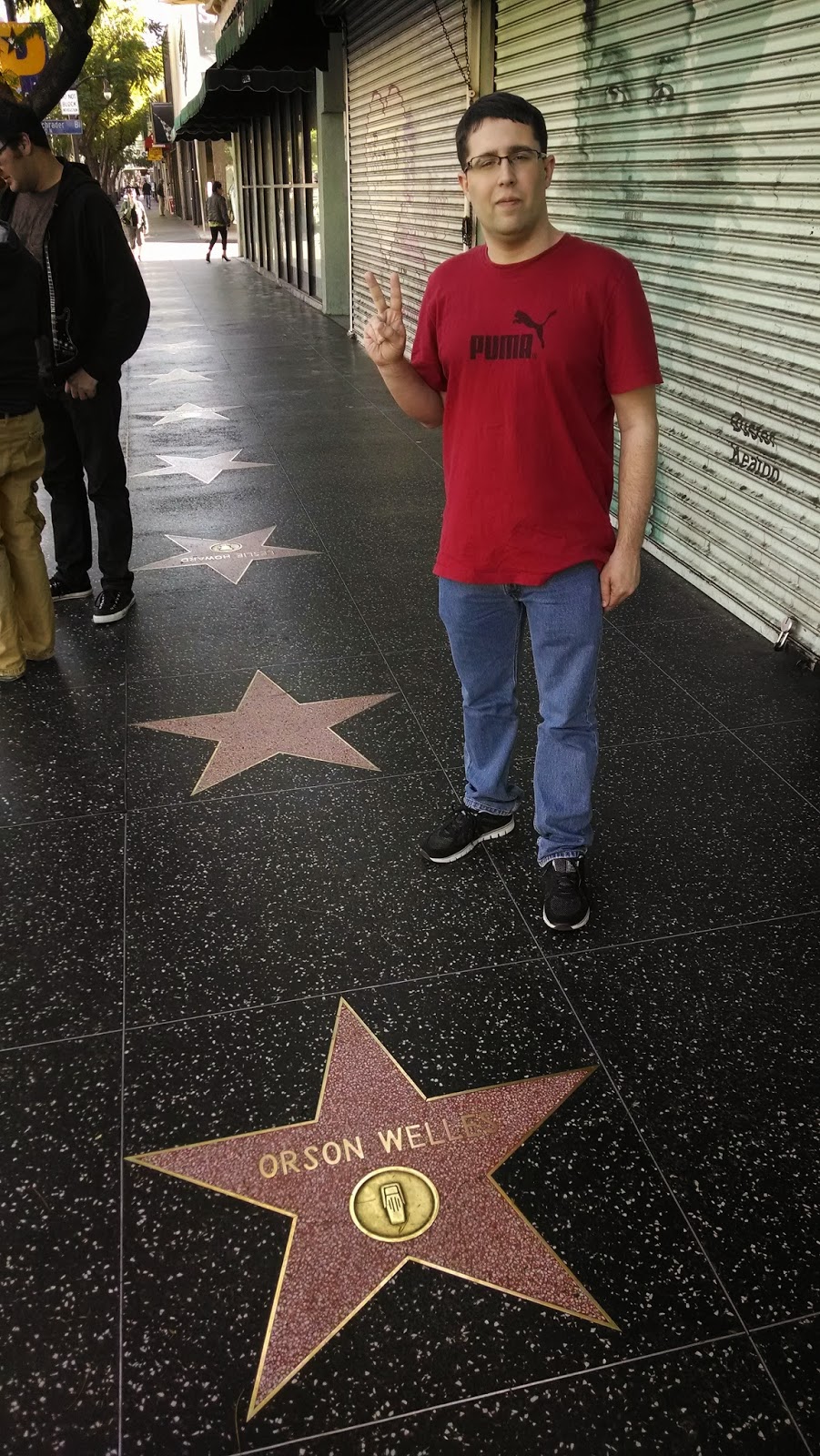 Richard  Jackson with a Hollywood star honoring a RAW favorite. 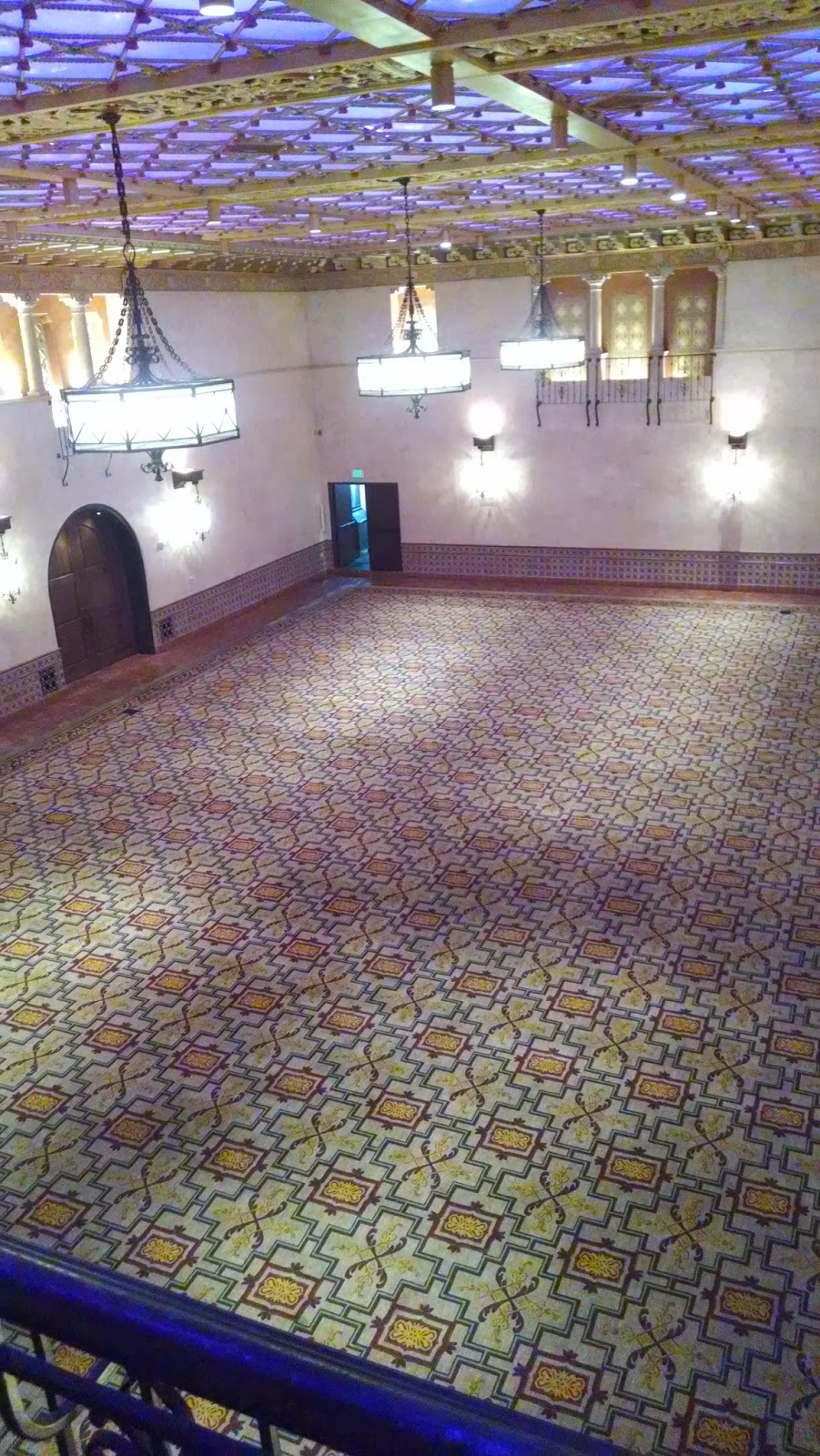 The Blossom Ballroom at the Roosevelt Hotel in Hollywood, site of the first Academy Awards.
on January 21, 2014

What interested me is that RAW didn't list any (among those on the list I've seen) films that reflected his own oddball humor. I'm thinking of, for instance, Groundhog Day or The Big Lebowski, two of my own favorites in this category. In fact, not many comedies of any kind.

Wow! If Richard really hasn't immersed himself in RAW then this post reveals a person who not only seems uncannily intuitive about RAW's structures and themes, but moreso: here's a person who really should be writing more film criticism: to look at a list of 100 films and pick out patterns like this? It makes already makes him more astute than maybe 95% of the film reviewers I see on the Net. And maybe 80% smarter than the ones I read in established newspapers or magazines.

And yes: HOW did RAW leave Chinatown off his 100? After a handful of Welles films, the classic horror films of the 1930s and Kong, Chinatown seemed like a major influence. Maybe it was "too close" to him when he made the list and just forgot it?