How the Hippies Saved Physics
I've begun reading How the Hippies Saved Physics by David Kaiser, which as I wrote earlier, is all about the physicists RAW wrote about in Cosmic Trigger 1: The Final Secret of the Illuminati (and many other places.)
Two of Robert Anton Wilson's writings are cited in the bibliography: Cosmic Trigger 1 and "The Science of the Impossible," an article that appeared in the March 1979 issue of Oui magazine. The article is not posted at rawilsonfans.com, so it's one more article for someone to track down. (I'd reprint it here if someone could send me a clip.)
In addition, the text quotes from an article Robert Anton Wilson wrote for an underground newspaper in the Bay Area in 1976. No exact citation is given. The notes explain that the clipping was provided by Saul-Paul Sirag, who believes that it originally appeared in a local underground newspaper.
on July 26, 2011

Email ThisBlogThis!Share to TwitterShare to FacebookShare to Pinterest
Labels: How the Hippies Saved Physics 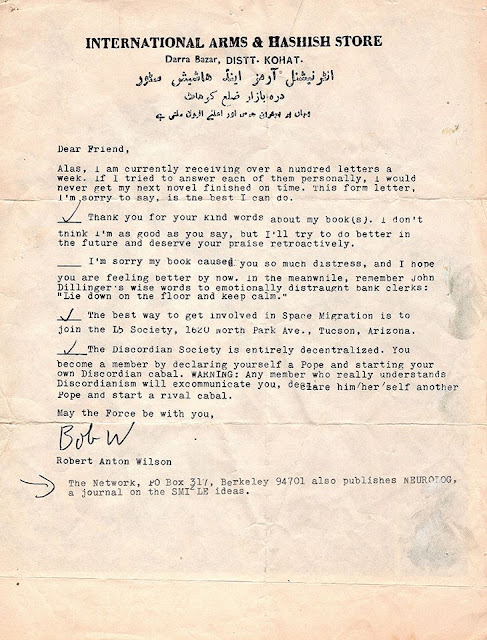