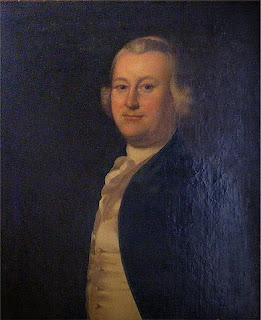 This is James Otis, not Radley Balko. Sorry about any confusion.

Otis lost in court, as he expected he would. But his speech likely changed the course of history. Sitting in the courtroom gallery that afternoon was a 25-year-old attorney named John Adams. He would of course go on to become America's second president. Later in his life, Adam's recalled the enormous and lasting impact Otis' speech had on him. He praised Otis' grasp of history, his fiery defense of the rights of man, and pointed out that, quite ahead of his time, Otis even declared that black men had the same natural rights as white men, including the right to own property.

If you don't know who Radley Balko is, check this out. Wikipedia has a good article on Otis.